Contents hide
New features have been released for the WholesaleBackup Windows Servers, the update was packaged and released on 04.24.2017.
New Server (Dashboard) Tab
Label & launch your backup software in 5 mins
How can we help?

New features have been released for the WholesaleBackup Windows Servers, the update was packaged and released on 04.24.2017. 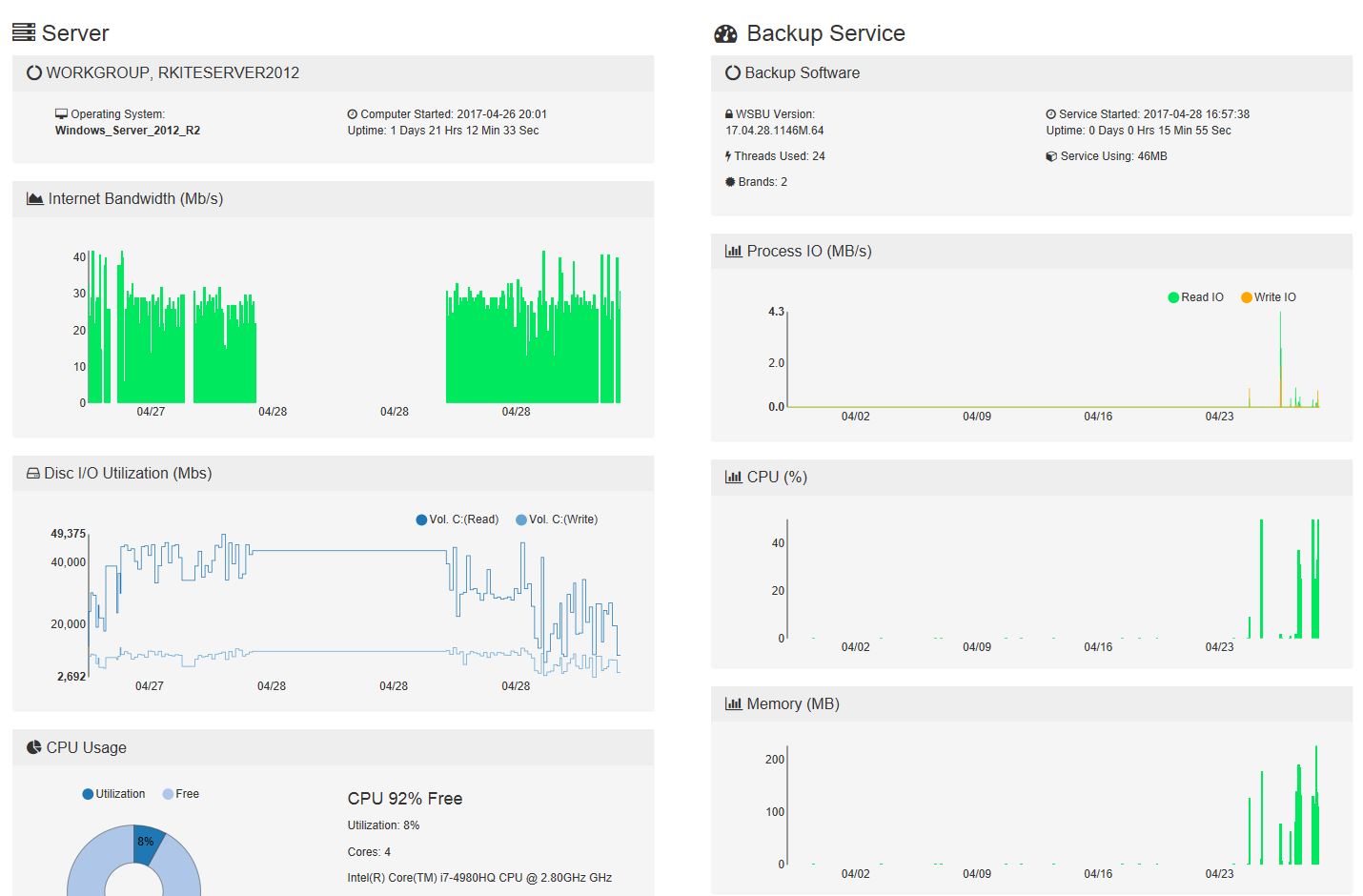 The new Wholesale Backup Windows server dashboard makes use of modern approaches leveraging responsive design, HTML5, CSS3, JavaScript and Ajax, the data and graphs automatically scale and respond to best fit the size of the tab view port and is scalable.

Here is a breakdown of each new graph and what information you can glean from it.

The first panel under the Server category provides some general server identification information such as:

The second panel under the Server category displays the Internet Bandwidth graph, presenting the last seven days of the server internet bandwidth utilization in Mb/s measured at ~10 minutes intervals, where you can monitor the highs and lows of the internet connection speeds the backup data is being transferred at. (For more details check on this topic check out: Calculating how long backups will take | Sizing your internet pipe for online backups)

The third panel under the Server category displays the Disc I/O Utilization graph, this graph also presents the last seven days of data input/output (Disc IO)in Mbs information measured at ~10 minutes intervals. The Read and Write speeds for each volume or drive used for storing user backup data by the WholesaleBackup Server software is displayed on the graph. (More details on how disc speeds impact backup performance)

The fourth panel under the Server category in the CPU Usage/information graph indicates the current CPU utilization, CPU free, how many cores the CPU has, the processor speed (GHz), manufacturer, model, and type. 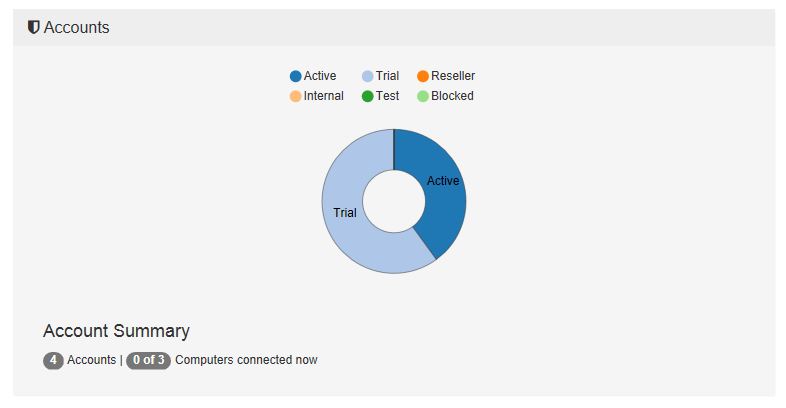 The sixth panel under the Server category is the Accounts Summary graph, indicating the number of accounts, computers, status of the accounts, and how many computers are connected now.

The second panel under the Backup Service category is the Process I/O graph, which contains I/O accounting information for a process or a job object. For a job object, the counters include all operations performed by all processes that have ever been associated with the job, in addition to all processes currently associated with the job. The backup software service shows data for the ReadOperationCount and WriteOperationCount for the last 4 weeks. (See Microsoft Source Reference [Link updated May 17th, 2022]])

The third panel under the Backup Service category is the CPU % (percentage) graph, indicating how much CPU utilization is being consumed by the backup service this graph keeps track of data for the last 4 weeks. The backup software does not rely on, or use much CPU, as Disc IO and Internet Bandwidth are at the two single most important factors impacting your WholesaleBackup Windows Servers service performance.

The fourth panel under the Backup Service category is the Memory (MB) graph, indicating how much memory is being consumed / utilized by the backup service software over the last 4 weeks. By design the Backup Server Software runs very light, not requiring much CPU or RAM resources as mentioned above Bandwidth and Disc IO are the most important metrics for fast backups.

The fifth panel under the Backup Service category is the Connections graph, the connections are recorded over the last 4 week period, each backup client makes multiple connections during the course of a backup. 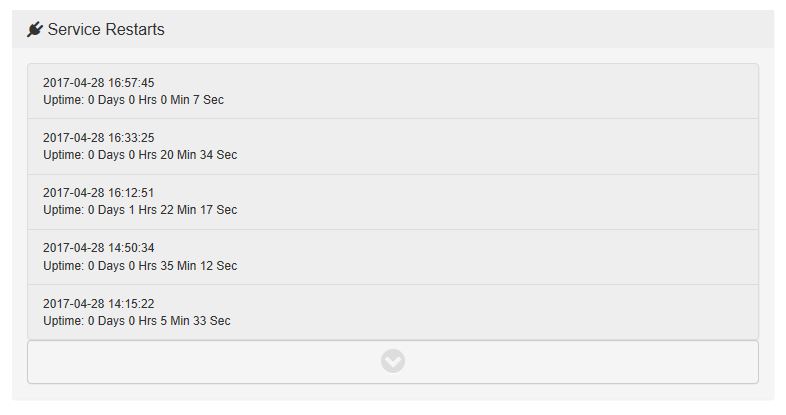 the last panel is the Service Restarts table, which keeps track of when the backup service was restarting and how long it was running for (uptime).

Have you had the chance to try it yet?

About the Author: Ryan @WholesaleBackup

My name is Ryan, and I am a software engineer at WholesaleBackup - a software development company with global partnerships that delivers cloud-based & self-hosted backup software in a reliable, secure, and simple way to Resellers, MSPs, VARs, and IT Pros for running their backup businesses. Let me know your thoughts on Twitter @wholesalebackup it helps me focus my future writings.