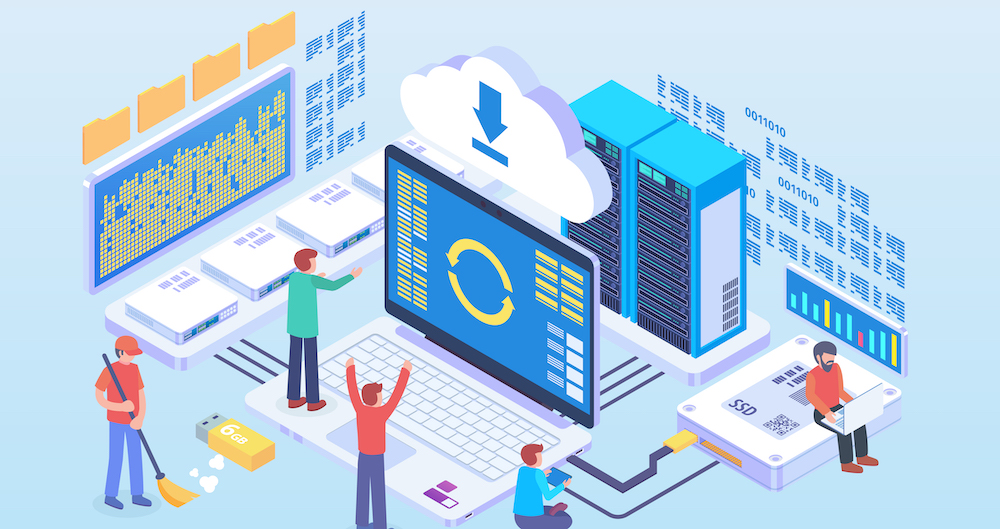 So it’s time to talk about automated failover. For our purposes, we’re going to assume that you’re using WholesaleBackup in the Amazon EC2 cloud infrastructure, and want to set up failover in a different region (say US-east vs US-west). We could try to snapshot our volumes, and then convert them, or even try to sync them using s3, but those approaches have several drawbacks: the largest drawback is that they send too much information to be efficient, which means they take a long time, and also they are very complicated to set up from a data integrity perspective. Lastly, to save money we want to set up a cold failover so that we can turn off the failover instance when not needed, and turn it on and repoint DNS if needed.

WholesaleBackup ships with the capability to sync failover information including the system database, user metadata, and system settings), and is set up to start and stop a failover server running in Amazon’s EC2 infrastructure.

However, you may want to extend the failover to include data replication for your customers’ data. That’s what we’re going to cover now.

Some quick definitions when it comes to server backup failover:

So let’s talk about how to setup the failover:

You’re now set up to replicate the user’s metadata and the database to your failover server. n the instance of an outage, you can redirect your users to that server, and they will be able to backup.

For many people that’s sufficient, as they have other ways to replicate their data like drbd or a replicated filesystem. But if you also need a simple way to replicate your data, and sufficient bandwidth, it may be as simple as setting up rsync to sync the data from your master to your slave server. Here’s how:

Of course, you will need to make sure that the operating system updates and other key underlying elements are also synced, and above all, make sure to test that the synchronization is working as you would expect.

How to test online backup failover?

About the Author: Shawn @WholesaleBackup

My name is Shawn, and I am a software engineer & founder at WholesaleBackup - a software development company with global partnerships that delivers cloud-based & self-hosted backup software in a reliable, secure, and simple way to Resellers, MSPs, VARs, and IT Pros for running their backup businesses. Let me know your thoughts on Twitter @wholesalebackup it helps me focus my future writings.